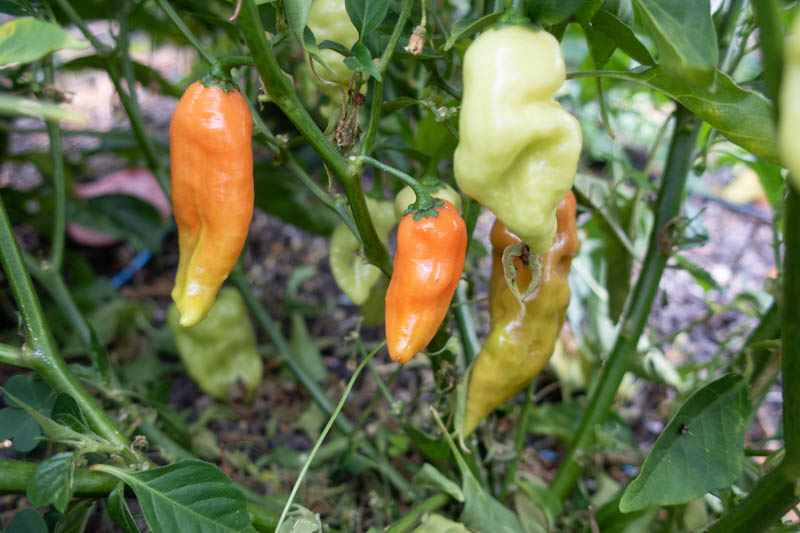 I have struggled for years to grow sweet peppers since moving to the Bay Area. Strangely, hot peppers are not a problem. In fact, about to go into my fourth year with the same jalapeno plant. Despite these issues, I decided to try what sounded like an exciting new possibility: the “Habanada” Pepper (available from Baker Creek Seeds).

The Habanada is touted to be a non-spicy version of a habanero pepper.  That is, it should have the sweet, bright flavor of a hot habanero pepper, but without the heat. This seemed like the perfect solution to my can’t-grow-sweet-peppers problem.

Growing these peppers was incredibly easy (for peppers). The seeds sprouted and grew well indoors, and once planted outdoors, they seemed to take well to our climate. The plants grew stout and wide, and had hundreds of little green peppers on each plant. I harvested some when they were not quite electric orange, more of a yellowy-orange, and found the flavor astringent and unpleasant. They also definitely have a little bit of a kick (at least my kids thought so), despite promising none.

Strangely, while the peppers produced fruit quickly, the peppers took months to ripen (which is why I tried some too early). At this point in January, I still have many light green peppers on my plants.

The peppers I harvested when they were an electric orange color tasted much better, but were still a disappointment. They lacked that citrusy sweetness you would expect from a habanero, and have no interesting or unique qualities of their own. Well, that’s not true–they have a weird flavor that I can only describe as close to the taste of an ant that you actually eat. You know, like it was climbing on a cup and you take a drink and it gets smushed and you taste it? Yeah, that’s what these peppers are like.

I did not try roasting the peppers, which may have improved the flavor.

Overall, I would not recommend these peppers if you are looking to recreate the habanero experience without the heartburn. If, however, you want to prank someone into thinking you’re easily downing a regular habanero (150,000 to 575,000 Scoville Heat Units) like it’s candy, then this would certainly work 🙂

Side note: this year I finally found a sweet pepper that will grow in the Bay Area! Huzzah! 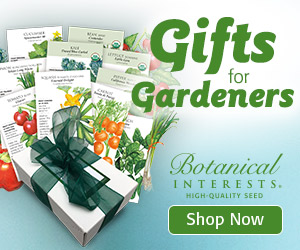 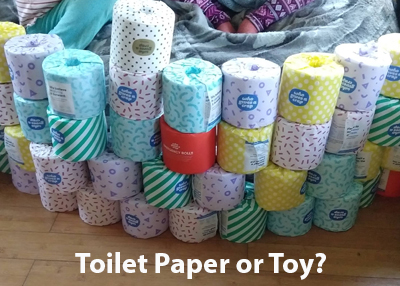